When director Richard D’Allessio reached out to us once again, we knew he would have an interesting task to complete. We worked with Richard and his team for the Shameless Promos as well as the Witches of East End Promo. Part of Richard’s distinctive style is to bring the camera in very close on many of his shots. His work evokes the sensual, even primal aspects of his subject. The textural style and intimacy this captures works brilliantly with a well placed tattoo.

FTS is Richard’s go to source for FX tattoos primarily because of his shooting style. Our tattoos stand up to the invasive scrutiny of HD cameras. His work proves the need, and shows how the problem is solved. This allows him to do his work without worry that the main focus of the shot, the tattoo, will read as intended. The viewer sees a “real” tattoo.

For this project, the production was taking place in New York. Richard wanted our shop to consult on design and produce the tattoo stencils, then send them to New York to be applied by the makeup artist on set. Our answer was ABSOLUTELY. All we need in this scenario is an experienced airbrush makeup artist able to follow the instructions we send with the stencil package. Their choice was Emmy Award winning makeup artist Scott Hersh. He was able to take our stencils and technique and apply the featured fx tattoos perfectly without any previous training in the technique. Even though this can partially be attributed to our amazing system, we call Scott a phenomenally talented artist to pull it off under pressure with no room for mistakes.

The results are shown in the work below.

One added surprise from this project- They liked our designs so much, they also appear in the graphics for the promo. That’s pretty darn cool. 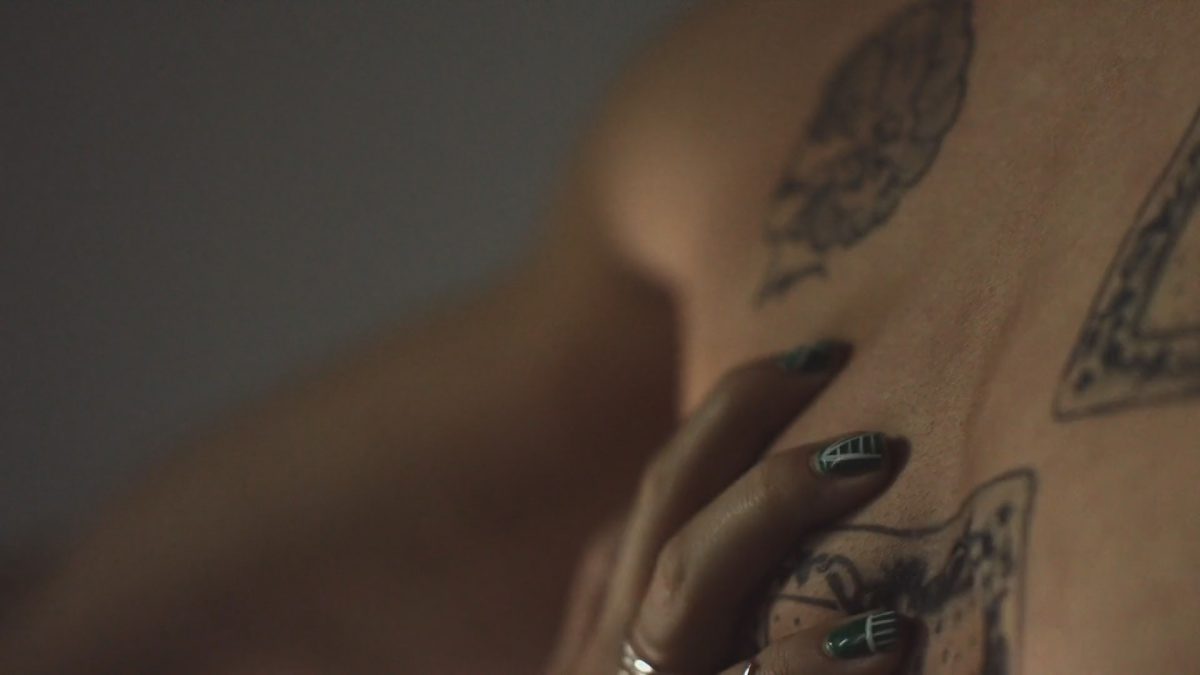 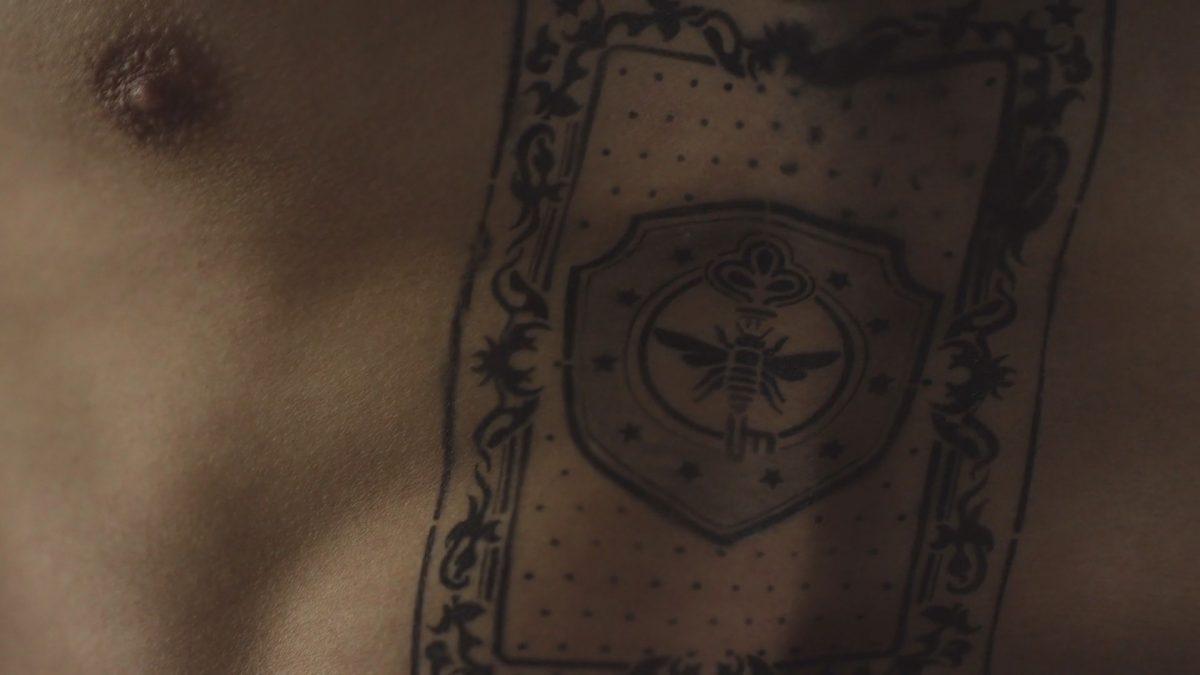 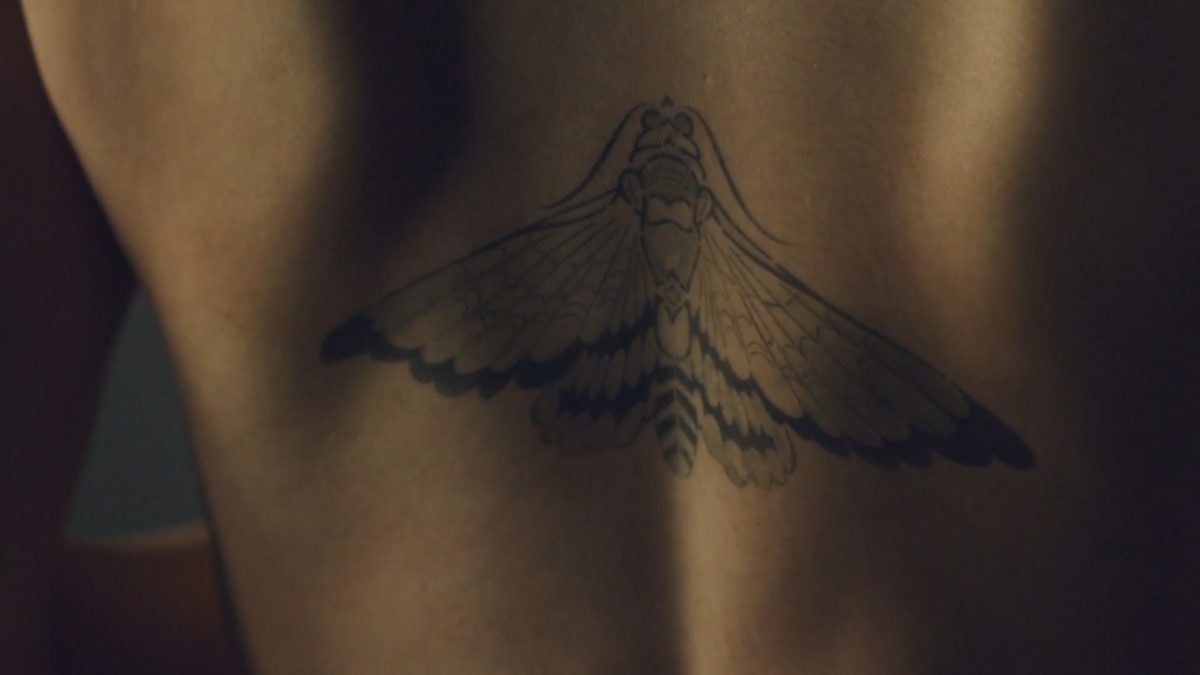 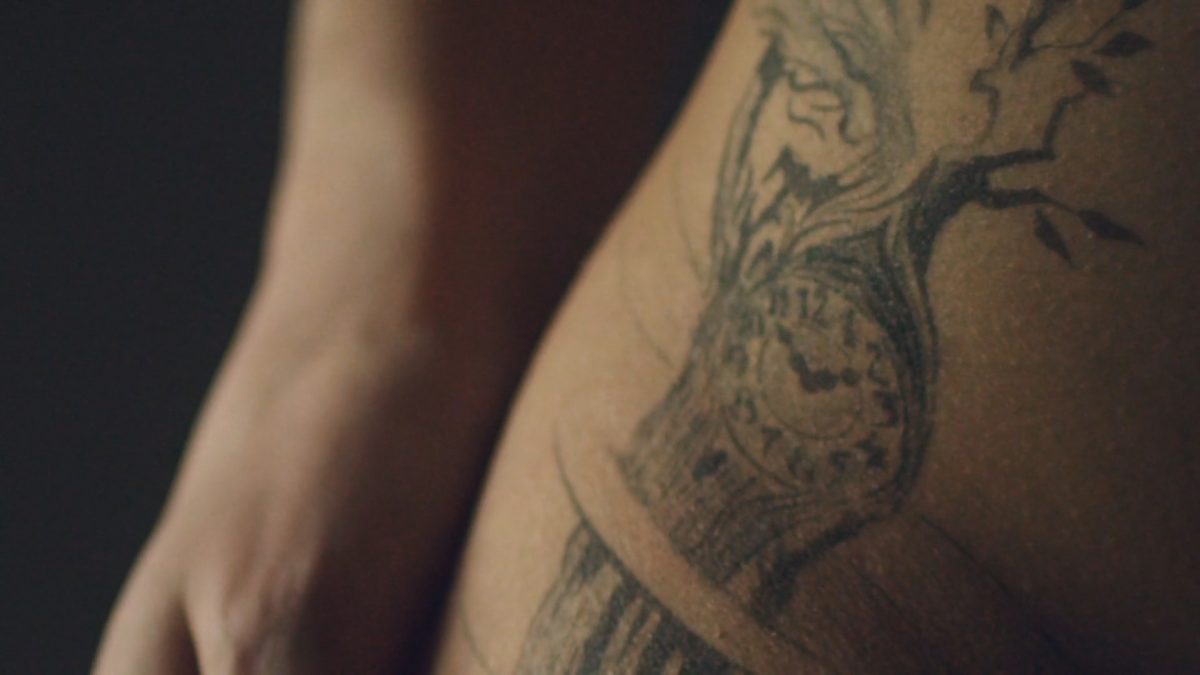 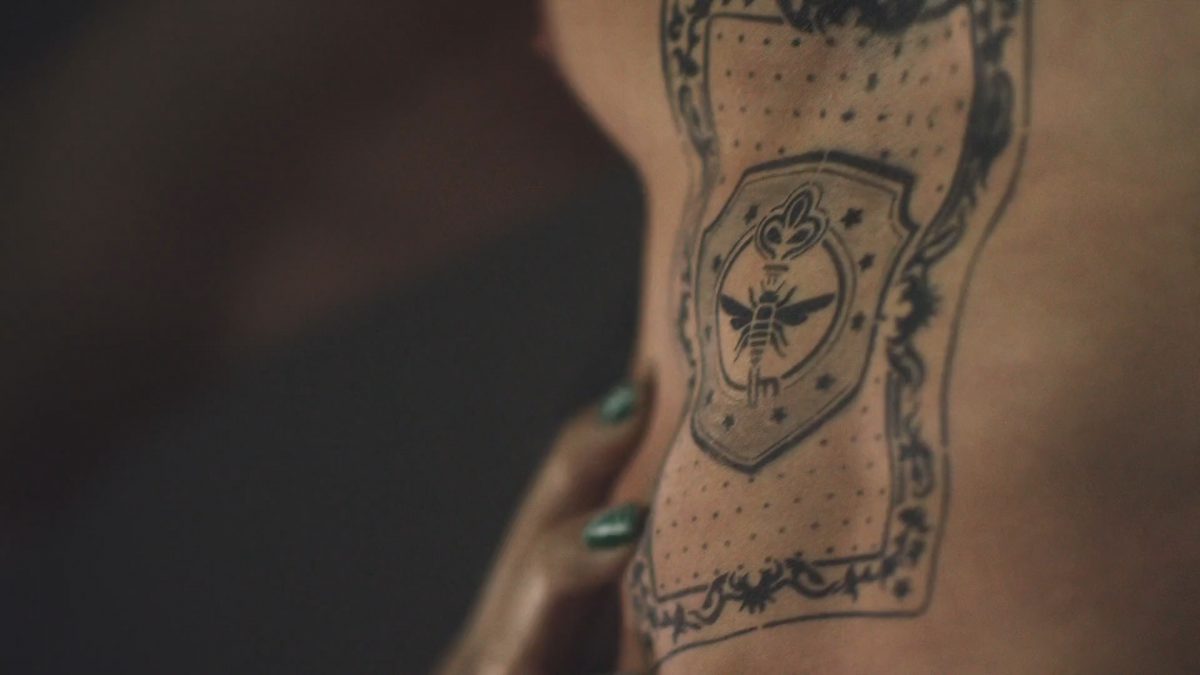 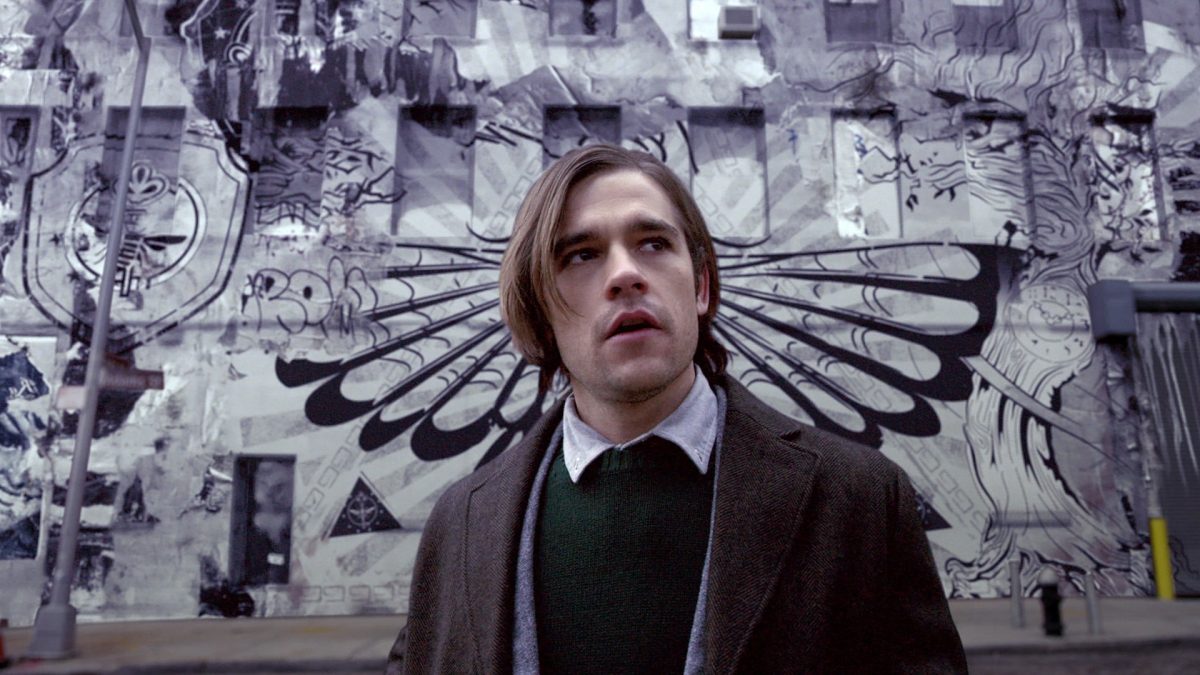